Orms started making hand-tooled leather belts while in high school. He sold them to a few cowboy shops but soon decided to make something that would endure. “The belts were just going to wear out and get thrown away,” he says. So Orms went to work for Western sculptor and saddle maker Buck Brumley, who hired Orms and his best Friend, Bret Collier.  Says Orms, “Brett ended up running Big Bend Saddlery in Alpine and I’ve got a pretty good business. So I guess Buck should get credit for getting our careers going.” Besides his polishing chores, Orms made a few buckles, which he carried in a jeweler’s briefcase and sold to his teachers and his friend’s parents.

While discussing those days Orms mentions that he grew up competing in rodeo. When I ask him in what event he says demurely “I just rode bulls.” Of rodeo Orms says “I could never make a living at it,” Instead he apprenticed with four different silver designers throughout the west. Orms learned the necessary skills. But most of his education came from studying vintage buckles as well antique silver teapots, flatware, gambling chips, and Victorian jewelry.

Being able to grow up in Texas and see a lot of old classic buckles that grandparents were wearing inspired me.” he says. “It was fun to see their grandchildren treat buckles with respect. I’d see grandparents giving their grandchildren cars and buckles but they treated the buckles with more respect than the car. They never planned on keeping the car but they weren’t about to trade their grandfathers belt buckle in.”

To the untrained eye, a Clint Orms buckle is at first overwhelming with its detailed engraving with green, yellow, and rose gold. Images of longhorns, flowers with ruby centers, horseshoes, rope edges, symmetrical scrollwork, and stippled backgrounds add to their appeal.

The history of the Western belt buckle dates to the early 1900’s. However, with a larger variety of tools and a wealth of talent, Orms can create buckles that surpass his predecessors in quality. His success seems to stem from his pride. “I want people to know that they are getting a part of Texas, a part of a good, hard day’s work,” he says. “If you put your best work into a piece, people are going to feel it forever. They may never own a cow or ranch land, but they will feel the values of the west, an image and heritage that is needed in today’s society.”

“Our main objective is to keep our Western Heritage alive,” Clint Adds “We’re not about to turn a fast dollar.” From his simple shop, he concludes in his polite Texas drawl, “Wearing a fine buckle is just part of dressing well.” 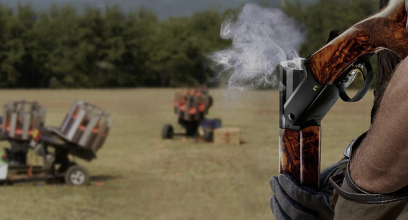 Your next purchase is within range. Pre-qualify without affecting your credit.

Have a question or need help finding a product?